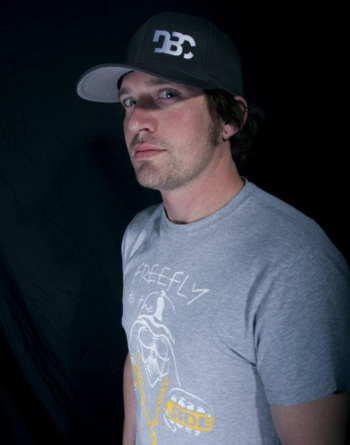 Eugene Edwards started out packing parachutes at the age of 15. Every trip to the drop zone made it harder for him to wait to start skydiving. It was not till 1997 when he made his first jump. Then, in 1998 he began working on becoming a licensed skydiver. Fifteen years and 4,300+ skydives later, Eugene has grown to be an accomplished skydiver, earning his USPA Coach's rating, Skydive University Coach's rating, Accelerated Free Fall Instructor rating, Tandem rating, has sponsorships with Drift Innovation, Skydive Dallas, and Storrie Parachute Works, and he's one of the founders of Dallas BASE Crew. Always searching for a little more excitement, a trip was booked to Perrine Bridge in 2010, where his first of many BASE jumps where made. Now, venturing away from teaching skydiving, Eugene opened a pizza-pub in hopes of following his dreams, to travel the world BASE jumping and skydiving. Eugene has 110+ BASE jumps (BASE #1547) and 4,300+ skydives (1500 Freefly, 1500 Video, 500 Tandems, 400 AFF, 300 Hop n swoops, 100 Wingsuit, and a few belly jumps).